On 1st April 2019, the P4 students all went to the Hong Kong Museum of History to learn more about the life and struggles of the Hong Kong people. In pairs and with our parent helpers, we visited Gallery 5, 6, 7, and 8. 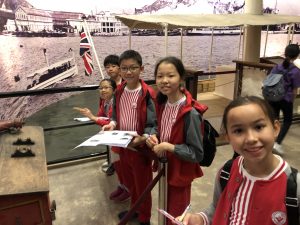 We began in Gallery 6 where we witnessed the life of Hong Kong people after the opium war. In this gallery, there was a street we could walk down showing different shops of the past and items people used to buy or sell. We walked through the street looking at the grocery store, clothes shop and photography shops of the past. There were new inventions of that era, such as the Kodak accordion pleat-folding camera. This could take pictures of people or things in black and white. 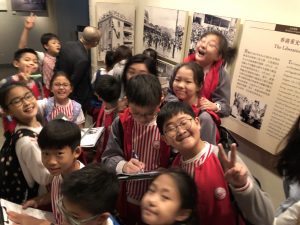 In Gallery 8, we learned about the life of Hong Kong people after the Japanese occupation. Hong Kong was slowly recovering from the war and modernising. At the time, often 7-8 people had to live inside an area of just 11 square meters. This overcrowded living arrangement caused the Hong Kong government to create more public housing. In 1962, Hong Kong’s most powerful typhoon on record, Typhoon Wanda hit killing more than 400 people. It was a huge disaster.

Finally, we went to Gallery 5. It was about the opium war. At this gallery we saw a statute of Lin ZeXu, the Chinese official sent to deal with the opium problem in China. He is considered a national hero for his efforts in trying to stop opium from flowing into China. 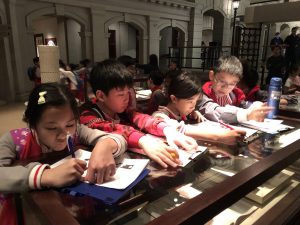 This learning journey was an unforgetable experience. I gained an appreciation of how difficult life was back then for people and that we should respect our ancestors before us. 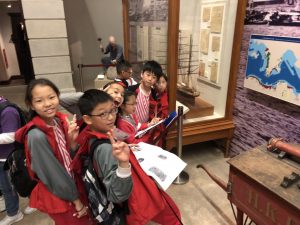 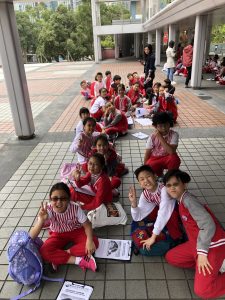