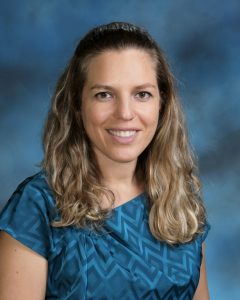 Ms Castro is from Spain, she graduated at the University of Córdoba with a Bachelor in Linguistics and Spanish Literature, and a Spanish PGCE. She also has a M. Ed. in Teaching Spanish as a Second Language. She is an examiner of DELE and IB.

Ms Castro incorporates new technologies in her classes, and she has just finished a post graduated course in Virtual Reality and Augmented Reality in Education.

She has been in Hong Kong for 7 years, during this time, she has taught Spanish at International Schools and the University of Hong Kong SPACE.

During her spare time she loves reading and learning languages. She is also a keen traveller and loves scuba diving. She believes in Malcom X definition of Education, which is the passport to the future, for tomorrow belongs to those who prepare for it today. 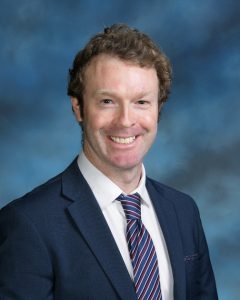 Neil is from England and has been teaching since 2002. He has taught in many places, including Japan, Singapore (where he spent 10 years), Portugal, and now Hong Kong. Neil holds a PGCE teaching diploma in education, two other teaching-related diplomas, a master’s degree, and a degree.

He believes in the power of reading, and encourages his students to read widely and critically, and to reflect on what they have learned. In his free time Neil enjoys hiking, reading, playing the acoustic guitar, photography, and travelling far and wide. Neil is delighted to be here at SISHK and looks forward to working with you all. 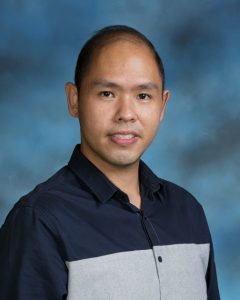 Mr Koh is from Singapore. He was awarded the MOE Teaching Award in 2008 to study in NUS where he graduated in 2012 with an Honours in Life Sciences. He taught Biology at the junior college level in Dunman High School from 2013 to 2020. His latest award was the most nurturing teacher award in 2018. Mr Koh was the CCA teacher-in-charge for Science Society from 2016 to 2020. In that time, the CCA has done well in the local Singapore Science and Engineering Fair and represented Singapore internationally in countries such as Taiwan, Japan and the USA. In 2019, the students clinched two 3rd Award at the prestigious Intel International Science and Engineering Fair (ISEF).

Mr Koh has a strong passion for Biology and animals. He truly believes that every child can learn. Mr Koh found that quality assessment for learning is crucial for students’ development. 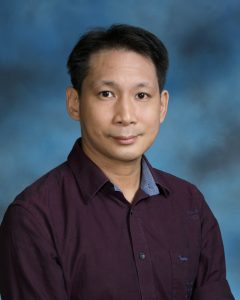 In his free time, Mr Lee enjoys playing board games, listening to music and cycling. As a teacher, Mr Lee believes that every student has their unique potential to be successful.

Mr Leong is from and holds a Bachelor of Science in Physics with honours from National University of Singapore. He taught in Singapore schools for 13 years and worked in Singapore Ministry of Education Curriculum Planning & Development for 5 years.

Mr Leong have diverse passions and ranging from board games, photography, video editing, programming, magic, travelling, hiking, diving, soccer and chinese martial art. He believe that education is not filling a pail but lighting a fire. He strives to ignite the passion of learning with all his students. 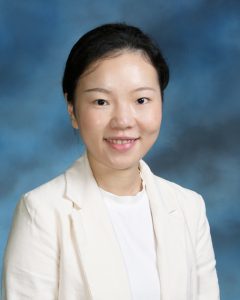 Ms.Liu is from Xi’an, China. She graduated from the University of Hong Kong with a master’s degree in education.

Before joining SISHK, Ms Liu has taught Chinese in Guangzhou and once joined the Indonesia Confucius Institute. Ms. Liu believes to teach is also to learn and always hold confidence in your students. Every student has their potential, they can always surprise her with their growth and thought. Ms. Liu is very honored and grateful to become a part of SISHK and can study with her students together. 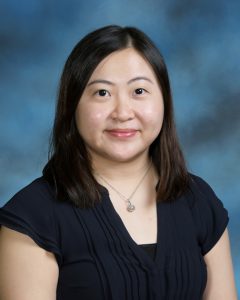 Ms. Martina grew up in Hong Kong. She graduated from the University of Hong Kong with a bachelor’s degree in Social Sciences. She was awarded scholarships from the university to study Experimental Psychology as a visiting student at Wadham College, University of Oxford. Realising the importance of respecting and catering for individual differences, she is currently pursuing a master’s degree in Applied Psychology (Diverse Learning Needs) at the Hong Kong Polytechnic University.

Prior to joining SISHK, Ms. Martina had been teaching English as a second language in local schools. She was keen to promote students’ whole person development at school by supervising house affairs, music and drama performances and reading activities. As an educator, she believes that every student is talented in their unique ways.

Ms. Martina is a big fan of Korean culture. She is also a foodie, a photographer, a traveller and a saxophone player. 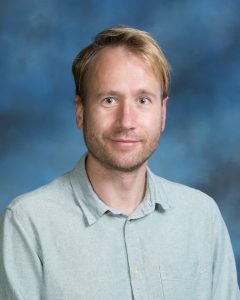 Mr Underwood has been teaching English at secondary schools in London for almost a decade, after studying Spanish at Bristol University and working as a current affairs journalist.

In his most recent job before moving to Hong Kong this summer, he enjoyed working on curriculum development, teacher training, and directing a version of Twelfth Night. He likes his lessons to be full of enthusiasm, knowledge beyond the syllabus and curious students with difficult questions. He enjoys football, running, theatre and hoarding books.

Congratulations to our students who took part in this year’s Bebras Challenge 2021-2022.