In our Social Studies lessons for Semester 2, we are looking at the history of Hong Kong, focusing on its more recent history as a British colony. To help bring some of the stories we are reading of the events leading up to Hong Kong’s cessation to the United Kingdom as well as its development into a modern city, we took a trip to the Hong Kong Museum of History in Tsim Sha Tsui. 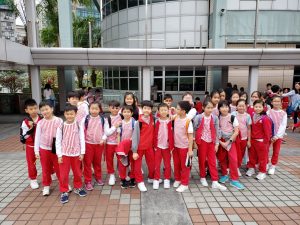 Shepherding five classes of students in a large museum is no easy task, but we teachers were assisted by a small army of parents who answered the call to assist. Each class divided their students into teams, led by a parent helper, which was then further divided into pairs. Each pair was given an investigation booklet to concentrate the students’ attention as they moved from gallery to gallery. 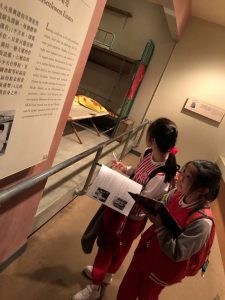 The various galleries were a treasure trove of information for our eager students. In Gallery 5, students could see artifacts related to opium, the product used by the British to balance the tea trade which would eventually lead up to the First Anglo-Chinese or “Opium” War. In Gallery 6, students walked through a reconstruction of Central’s stately stone buildings, offering fashions and products not seen in a century, if at all anymore. Gallery 7, though the smallest, was of high interest to the students as it showcased the terrible privation and suffering of Hong Kong through the Japanese occupation. Finally, in Gallery 8, the students were able to see items and pictures of life that is still very familiar, such as damage from typhoons, cramped flats, and consumer products. 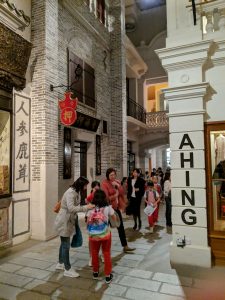 After returning to school, the students shared their thoughts and feelings about what they had seen and done at the museum. Surprisingly, but encouragingly for us teachers, one very common feeling expressed was that the visit had been too short! It’s very rewarding to see so many of our students are so interested in knowing more about Hong Kong’s past. 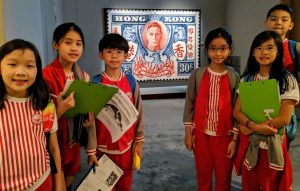